If you double click on a cell in a Matrix to view an instance movie, you may notice that the count from the Matrix cell doesn't match the count of instances in the instance movie window.

For example, in the picture below, the callouts draw your attention to the following points of interest.
1 - There are 15 instances in the timeline that have the "East" Label from the "Enters" Group
2 - Double clicking on the 15 in the Matrix yields an instance movie with 16 instances 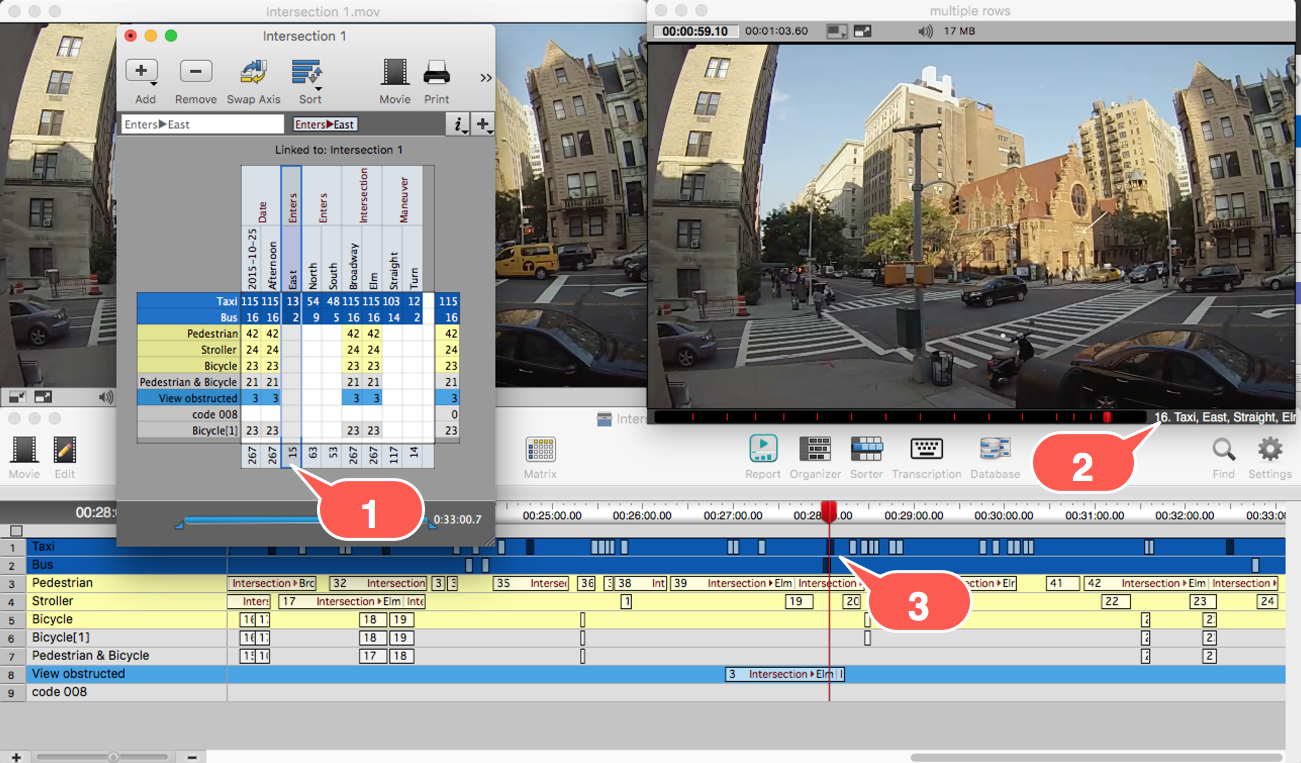 3 - The fact that there are two overlapping instances (despite being in different rows) in the timeline that share the exact same set of Labels applied to them is why the total in the instance movie window doesn't match the Matrix.

In other words, if you look at the image below which depicts a zoomed in perspective of the two overlapping instances in the picture above, you can see that there is a portion that is overlapping. The Matrix would simply treat these as 2 instances.

However, when you open an instance movie window, Studiocode presumes that you wouldn't want to watch the redundant portion of these two instances twice because typically it's not pleasing to the senses. Thus, in instance movie windows, Studiocode accounts for this by counting the overlapping portions of instances that share the same set of Groups>Labels, as a separate instance. So, in the picture below, the two selected instances get counted as three.