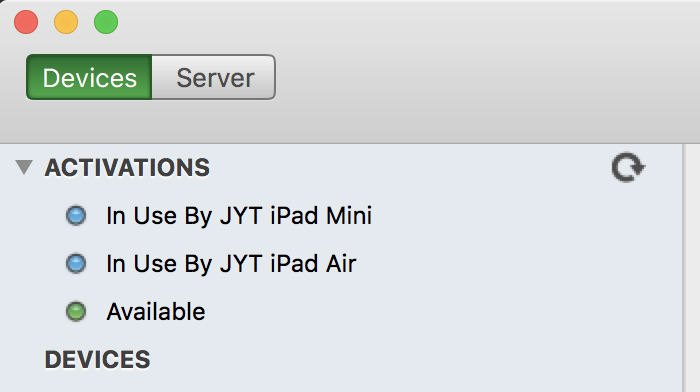 The following steps explain how to allocate the iCoda Activations to the iOS devices. If you have more than one iOS device, it would behoove you to name each one uniquely before following the instructions.