Synchronizing Changes from the Sorter to a Timeline

When utilizing the Sorter Window to edit/add/remove/change any coded, labeled, or transcribed information, it's generally a good habit to synchronize those changes back to the timeline(s) the Sorter was generated from. The following steps explain this process.

*It might be worth noting that although the following feature is called "Synchronize", it's more like a push. Meaning, the flow of information is only going from the Sorter to the timeline.

1. Open only the desired movie package (e.g. timeline) and desired Sorter. In other words, close all other windows. 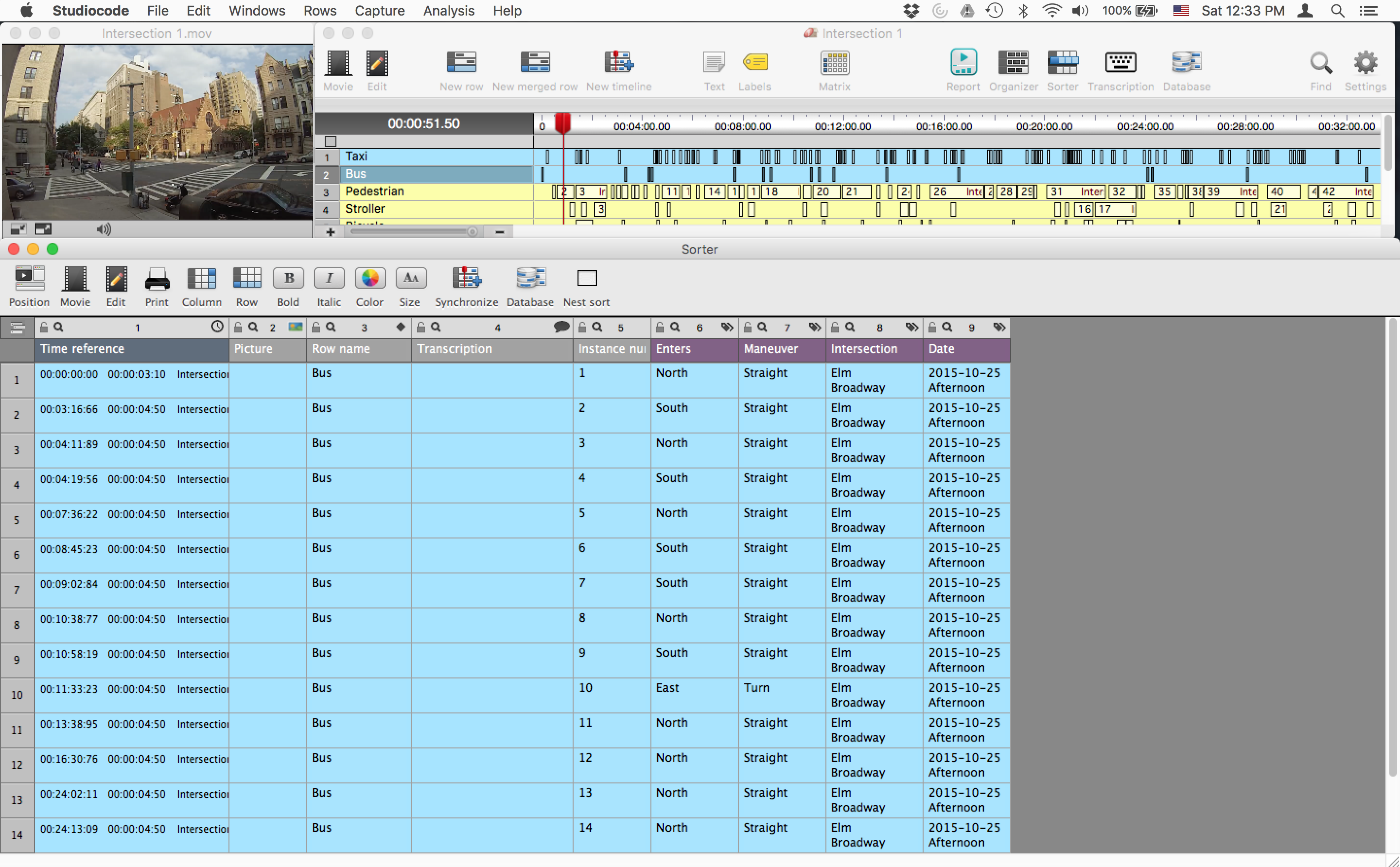 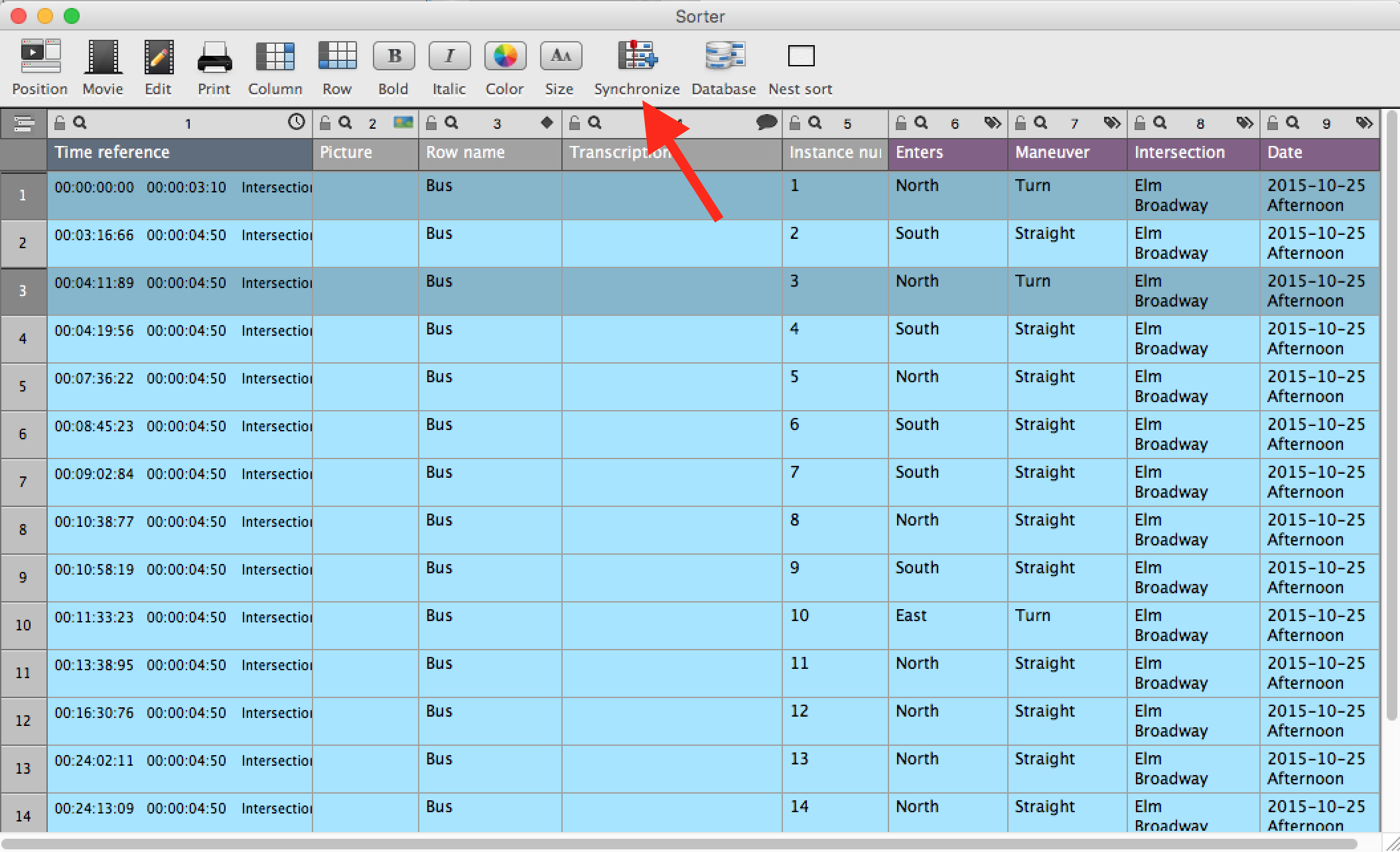 3. Single click on the Synchronize button on the Sorter toolbar. This will sync (e.g. push) the new changes from the Sorter to the timeline.